Rylie (“Rubign’s Song”), an Oldenberg foal owned by Cindy Wilkins, was first seen by our LBEMC ambulatory service after experiencing lethargy for four days. She had been born 3 months earlier and was nursing from her mother, Pressley (“Perfect Song”). Normally an active, rambunctious foal, Rylie’s lethargic, depressed behavior was concerning to her owners. After examining Rylie and sensing the severity of her illness, Dr. Kelsey Shaw referred Rylie and Pressley to our hospital. When Rylie arrived, she was depressed and had a serious fever. The intensive care doctors performed an ultrasound and collected fluid from her abdomen which showed significant amounts of pus. Rylie was thus diagnosed with septic peritonitis, a severe condition that can be caused by systemic infection, trauma, or many other causes that can lead to death if not treated quickly. 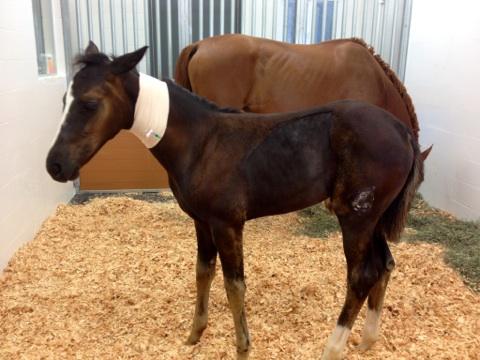 To treat Rylie, the hospital service kept her and her mother for several days in one of our air-conditioned ICU stalls, treating her with a very specific antibiotic regimen, banamine, and IV fluids until her condition improved. Very slowly, her fevers dissipated, and she began to return to her normal self. She became bright and alert and her diagnostic tests continued to show that Rylie was adequately responding to treatment. After making significant strides in the hospital Rylie and Pressley were able to return home. Rylie went home on her antibiotic regimen and gastrogard and has continued to do well with a full recovery to her spunky self! 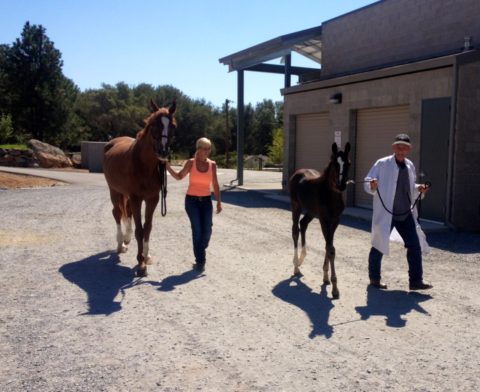 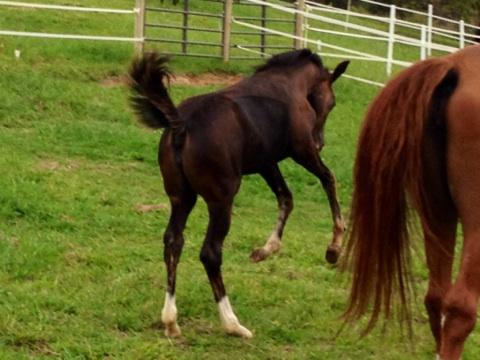 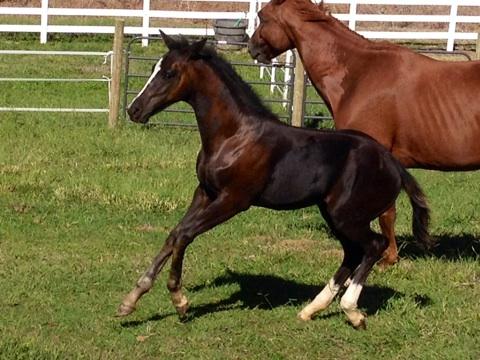