Impression’s Battle of the Potomac 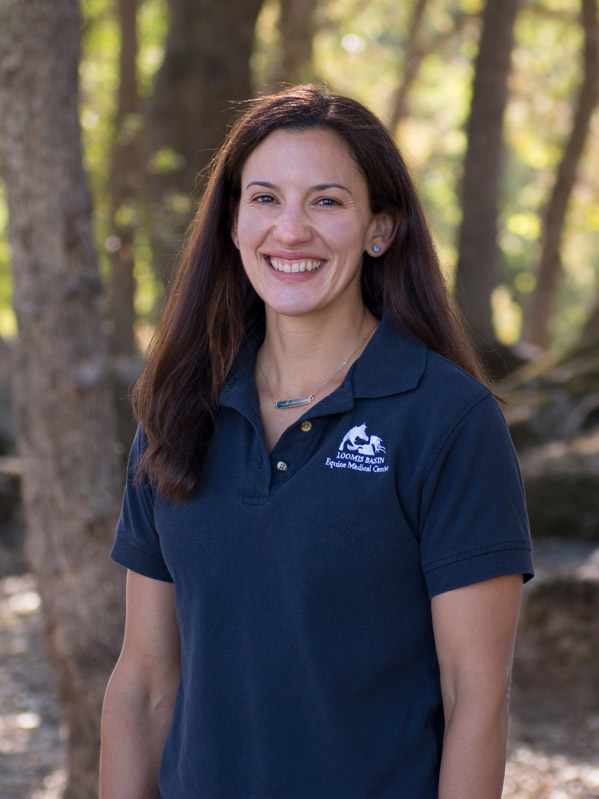 ARTICLE: I don't know why she swallowed the fly!

This is the story of Impression, a 20-year-old Arabian mare. Impression is retired and spends most of her time in Northern California in a small town close to Lake Almanor. She lives on a large green pasture that includes a few small streams, a fact that will become important later on in her story.

A day before she presented to us, she appeared to be mildly colicky, slightly depressed, inappetant and had low-grade fevers. She was administered a dose of phenylbutazone (Bute) to help bring down her fever, and she was transported to LBEMC.

Impression in the ICU 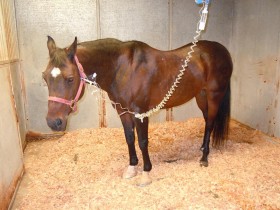 On presentation she was alert and her temperature was in the normal range. Her mucous membranes were dark red, and she had no gut sounds. We immediately started working her up for her colic signs. Initial blood work showed an abnormally low white blood cell count, low protein, and markers consistent with dehydration. A rectal exam was performed which only revealed small fecal balls in her rectum and doughy feeling feed material in her large intestine. We performed an ultrasound of her abdomen in order to see how her intestines were moving and to rule out an increased amount of free fluid. Impression’s ultrasound exam showed us that she had a lot of fluid in her stomach and that her small intestines were not moving very well.

We passed a stomach tube to remove some of the excess fluid because horses cannot vomit. X-rays of her abdomen were taken to rule out the possibility of sand or a stone. Based on her clinical signs, housing situation, and history, samples of manure and blood were collected to test for Salmonella and Potomac Horse Fever.

While awaiting test results, Impression was admitted to the hospital and started on intravenous fluids, anti-inflammatories, and pain medication. Precautions were taken to help prevent laminitis. Initially we also left her stomach tube in place to prevent excess accumulation of fluid in her stomach which results from the decreased intestinal motility. The following day the blood test confirmed that she was positive for Potomac Horse Fever (PHF). Eventually, she also became positive to a test of her manure.

Potomac horse fever, also known as Equine Monocytic Ehrlichiosis or Shasta River Crud, is caused by an organism called Neorickettsia risttici. The disease was first described in horses living around the Potomac River. The organism can be found in various life stages of flukes, a type of worm that is found parasitizing aquatic snails and aquatic insects, including caddis flies and mayflies. Natural transmission to horses is thought to occur primarily through ingestion of the aquatic insects that are found around water sources including rivers, streams, and/or irrigated pastures. The same insects may also be attracted to light sources, such as would be found around a barn, and potentially fall into horse feeders.

Clinical signs of the disease include mild colic, fevers, inappetance, edema, diarrhea (in approximately 60% of cases), abortion and laminitis. Despite resolution of many of the clinical signs, laminitis is often severe and progressive and contributes to the mortality associated with the disease. While PHF is not a considered a common cause of mild colic and diarrhea in this particular area, we have seen 4 cases of the disease in the past few years here at LBEMC.

The treatment for the disease is an antibiotic called oxytetracycline, which needs to be administered intravenously. Once the diagnosis of PHF was made we started Impression on oxytetracycline and her condition improved daily. Impression stayed in the hospital for a total of 6 days. Impression was lucky because she did not develop laminitis. She is currently back at home with her pasture-buddy and doing very well!

The successful outcome in this case can be attributed to the early recognition of clinical signs, aggressive supportive care, rapid testing, and prompt institution of targeted antimicrobial therapy. The absence of complications such as the development of laminitis plays a significant roll in long-term outcome of PHF. 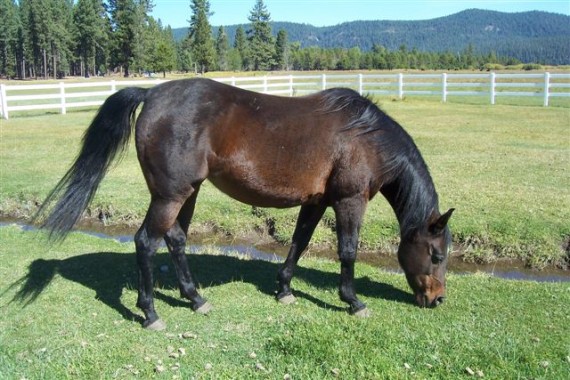