By LBEMC AdminFebruary 17, 2020No Comments 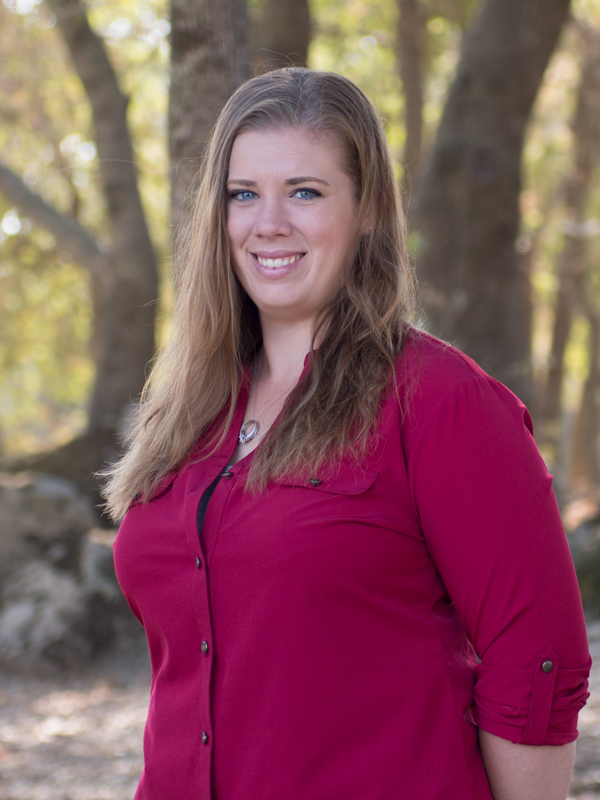 Ember’s 2019 Colt AKA Stewie, a one week old miniature foal, presented to Loomis Basin Equine for emergency evaluation after being attacked by a dog. Stewie had a large skin flap on the left side of his hip, a small laceration on the right flank and extensive muscle damage on the inside of his right thigh. Thorough evaluation of his wounds did not reveal any overt communication with any joints or the abdominal cavity. The two wounds on Stewie’s sides were debrided and sutured closed. The wound on the inside of Stewie’s thigh completely transected very large muscle bellies and was severely contaminated. The wound was thoroughly cleaned and the dead muscle was removed. 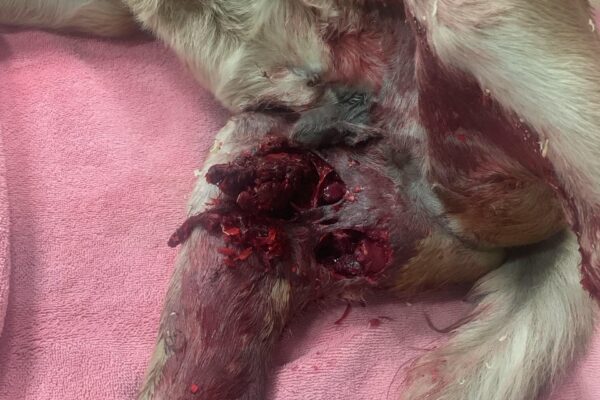 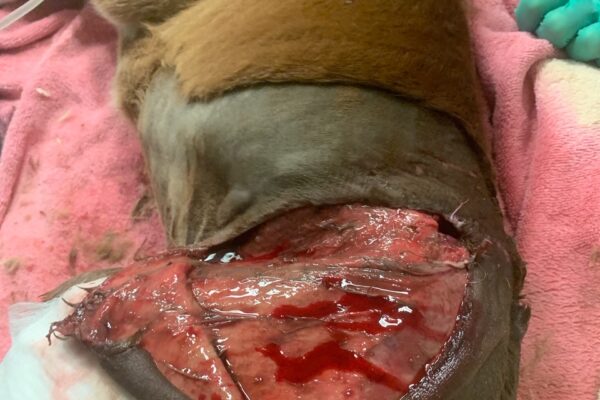 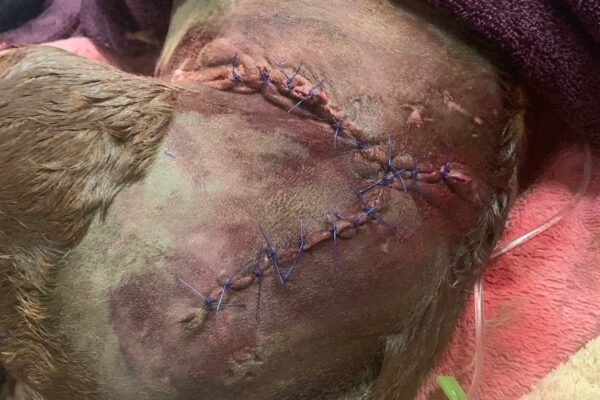 On top of his extensive wounds, Stewie was dehydrated and required stabilization with intravenous fluid therapy, antibiotics and pain medications. Stewie was hospitalized in the ICU for almost a month, and required prolonged antibiotic therapy and intensive wound management. Due to the location of his wounds, the veterinarians and staff at Loomis had to get clever with bandaging techniques. There were many failures (some of us were better at sewing than others) and a few successes. Stewie was very tolerant of his different bandages and clothing items! 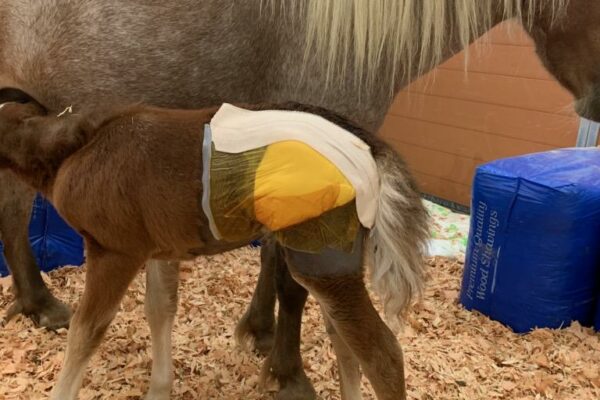 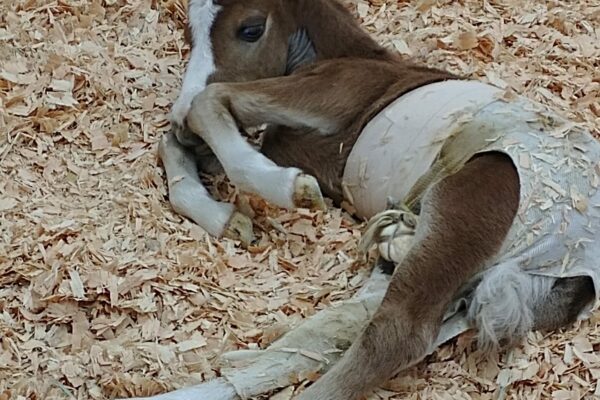 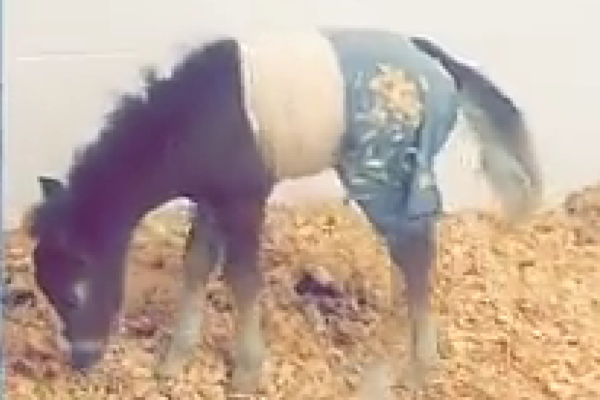 The little guy continued to heal well during his stay and his large wound on the inside of his thigh filled in slowly with scar tissue. Due to Stewie’s small size, we did not expect the extensive amount of scar tissue to cause him a problem with walking but this would have been a different story in a normal sized foal. He was sent home when he was stable and his wounds were small enough for his owners to manage at home. 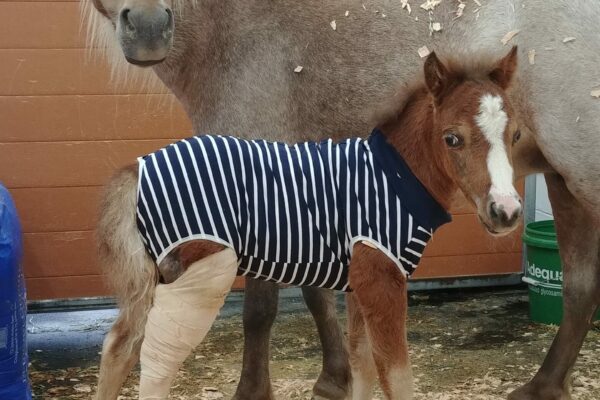 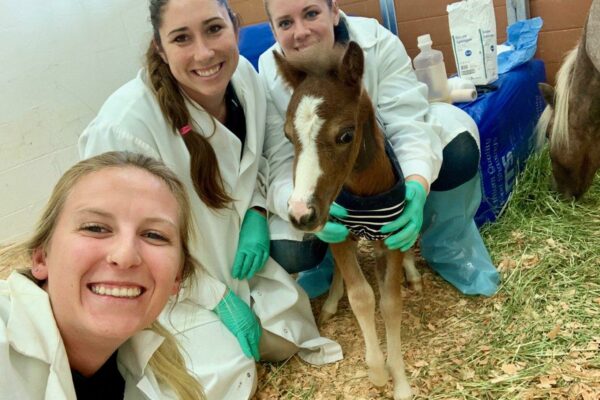 We received regular updates on Stewie’s at home care. He was rechecked a couple weeks after he was discharged and he was completely healed! He only had minor gait abnormalities in the right hind limb but otherwise was a normal two month old foal. Stewie won over the hearts of everyone at Loomis and we miss seeing him every day. Everyone at Loomis Basin wishes you the best, little man! Come visit us soon! 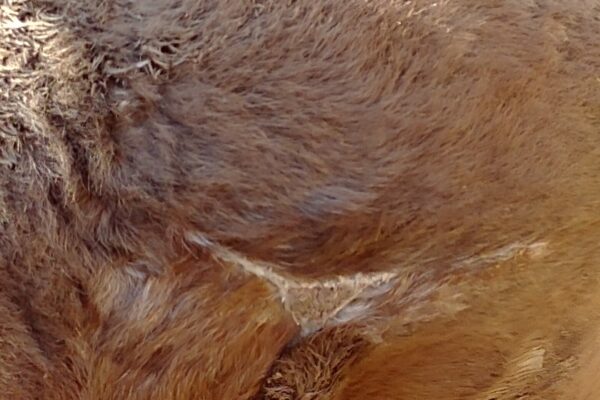 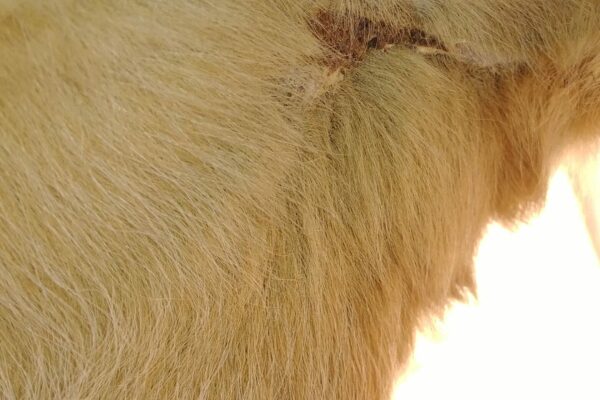