Jacob and the Oleander

ARTICLE: Jacob and the Oleander

Jacob Biles, a 7-year-old male alpaca, presented to Loomis Basin Equine Medical Center on emergency for inappetance, lethargy, and excessive water consumption. Jacob shares a pasture with another alpaca, a llama, goats, and chickens, but he was the only one acting sick. Normally, Jacob avoids being handled and prefers to be with “the herd.” He lives for feeding time and never skips a meal. On this particular morning, however, Jacob allowed his owner to touch him and was not interested in his breakfast. The owner noticed that he was particularly interested in his water. 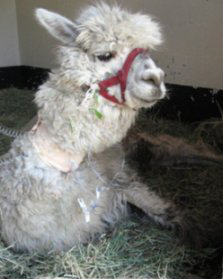 When Jacob arrived he was lethargic and depressed. On physical examination, his heart rate was decreased, but the rest of the examination was fairly unremarkable. Jacob’s bloodwork, however, revealed some significant abnormalities. His BUN and creatinine were both very elevated, which indicated that he was in renal failure. He also had an elevated blood glucose level and electrolyte abnormalities. Because Jacob had always been very healthy and because his clinical signs developed so suddenly, the doctors at Loomis Basin Equine were suspicious that Jacob may have ingested a toxin, possibly Oleander. Oleander, even when consumed in very small amounts, can cause kidney failure, cardiac abnormalities, and electrolyte disturbances, similar to those seen with Jacob. Oleander poisoning is life threatening, so it is always important to treat patients immediately and aggressively. Jacob was admitted to the hospital and placed on IV fluids to increase blood flow to his kidneys and to promote diuresis. He was also given IV lidocaine, to treat his heart abnormalities. Jacob’s owners went home to explore the pasture for oleander or any other toxic plants he may have ingested.

Jacob did not do very well in the first 48 hours of his stay at the hospital. Overnight, he developed bloody diarrhea (another clinical sign often seen with Oleander poisoning.) He remained very depressed, would not eat, and his BUN and creatinine increased. Because his glucose level continued to climb, he was started on insulin. At this time Jacob’s prognosis appeared grave with the only positive sign being a normal ECG. We continued to treat Jacob supportively with IV fluids and tried very hard to get him to eat. Jacob’s owners did find Oleander on the property, so a blood sample was submitted to UC Davis for Oleander toxin screening to confirm the diagnosis. 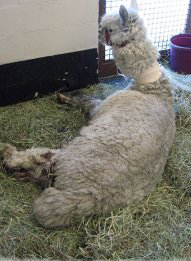 In the days following, Jacob continued to be inappetant and to have bloody diarrhea. We decided to transfaunate him by taking the contents from the rumen of a cow and passing it through a tube into Jacob’s stomach. This procedure was performed to replace “normal” bacteria that had been washed from his GI tract by diarrhea. Although Jacob was not eating and the diarrhea continued, his bloodwork began to show improvements. His BUN and creatinine, although still elevated, had come down.

Over the course of the next week, Jacob made a huge “turnaround.” His kidney values continued to decrease towards normal, he became much brighter, and the diarrhea was resolving. We were able to wean Jacob off his fluids once his kidney values returned to normal. Jacob was released from the hospital and returned home to “the herd”. His kidney values were rechecked a few days after he went home, and they were normal! Jacob is currently doing very well. His owners report that he is “back to his old self again.”

Jacob’s blood test came back positive for Oleander toxin, so his owners have removed all Oleander from the property! 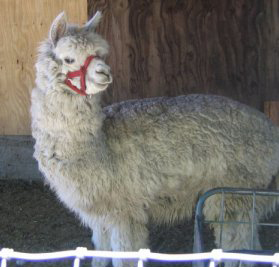